In 2011, a tsunami struck Japan. In its aftermath a large amount of debris and trash were washed out into the Pacific Ocean. Over the next few months, concern about the nature, composition and possible negative impact of this wave of trash was splashed across the news.
One news report carried the image of a woman standing on a beach, somewhere in Oregon, looking out across the waves and asking “.. why won’t someone do something…”
Right then, the idea that we could do “something” was born. It wasn’t going to be easy or simple, it wasn’t going to be a fleet of little yellow robots that compacted trash and left it in piles.
No.
It was going to be a team of people and large robots that could swim the World Ocean looking for the worst trash that science identified, take it out of the water and reuse it or turn it into energy.

But first we had to study the problem, to understand what we were up against. We discovered that the Ocean wasn’t just carrying a wave of trash from a single disaster; it was holding hundreds of thousands of tons of trash that would decay over centuries.
Plastic.
We should take a moment to clarify that we are not anti-plastic; we are pro-planned plastic reuse and disposal.
Plastics have enabled industries and inventions, they let us package and protect food and medicines, and they are in life-saving devices. In short, the invention of plastic was a positive step for humanity.
However, much like a fire that can cook food, but left unattended can burn down homes, plastics left loose in the environment have the potential to cause damage to wildlife and human health.
When we started studying the situation, many organizations were sounding the alarm about plastics in the ocean and government agencies around the globe were readying reports. The data we saw both surprised and shocked us, plastics were being eaten by fish and birds and were starting to have a visible impact on the survival of sea bird hatchlings. The signs of humanity’s plastic touch were unmistakable (WARNING: this is a GRAPHIC image, click at your own risk) From Wikimedia, albatross chick at Midway Atoll Refuge
We knew what we had to do: our robots were going to find the plastic floating in the ocean and remove it. 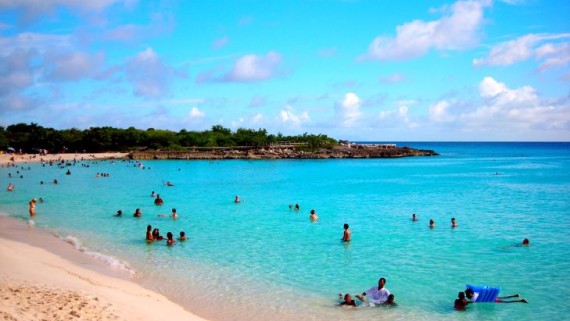