RiverBot(TM): Making the World a Better Place With Tech 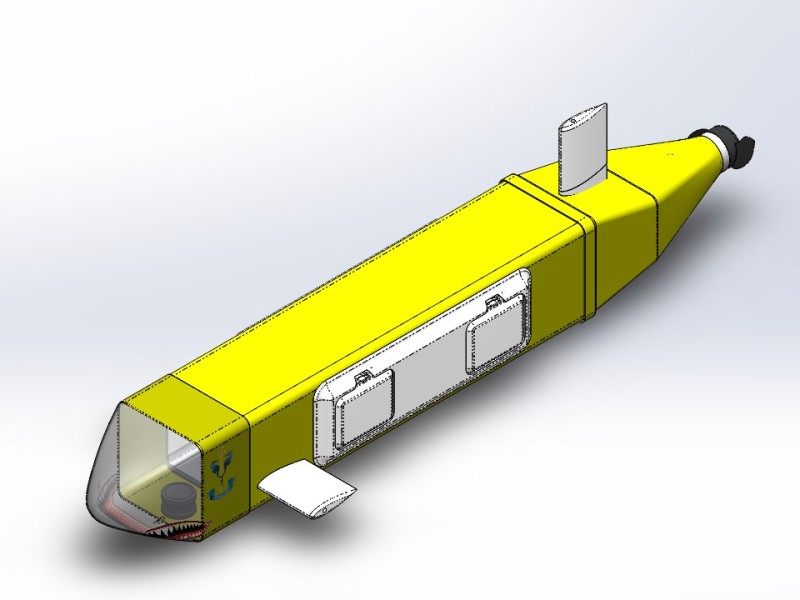 RiverBot(TM) is the name of a community designed and built autonomous underwater robot that is capable of operating in water up to 15 meters deep. This is the first of several robots we will be building.
Since we have filed for the RiverBot trademark, the correct way to refer to RiverBot is to add the (TM): RiverBot(TM)
Community meetings are held at 6:30 PM every Monday at our TrepHub location. The RiverBot project page contains the design documents and hardware information. It is hosted here
A couple of points:

RiverBot(TM) is a mission-configurable AUV. Simply put, you tell us what you want the RiverBot(TM) to study or explore and we come up with the combination of hull, power and propulsion. If you have your own sensors, we can help you integrate them into our payload. If you don’t have sensors, we can either help you buy the ones you need, or use our own and set up a data agreement. Please direct your RiverBot mission and configuration questions to riverboat at cure oceanus dot org
We won’t charge local K-12 schools and homeschoolers to run a mission, but we may have to request support for transportation and accommodation if we have to travel. In some cases, we may have secure a grant if a school has a very elaborate or expensive sensor configuration.

A photo history of RiverBot(TM): 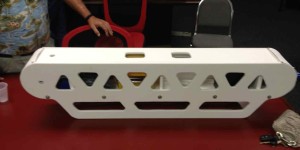 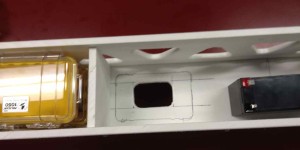 The prototype uses bilge pumps as thrusters to turn and control pitch. An arrangement of 4 bow thrusters control pitch and yaw.These turned out to be prohibitively expensive to our power budget. 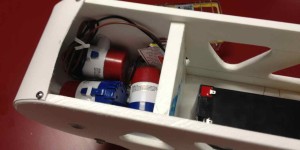 The Mark I RiverBot(TM) is the first design we will be operating with community science experiments on board. The payload bays along the sides can accommodate an 8x6x4 form factor. We’ve tested the AH864 enclosures made by Attabox and are comfortable recommending them our community to use for missions as deep as 15 meters (based on our testing, but NOT endorsed by the manufacturer).

Our 3D modeling expert is a STEM student from a local high school. He has put a large amount of effort into each design iteration.

This is an internal view of the submersible, which is about 2 meters long 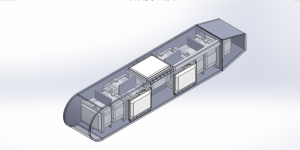 An external view of the RiverBot(TM) 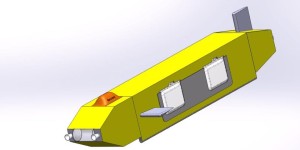 The RiverBot(TM) build team in action: 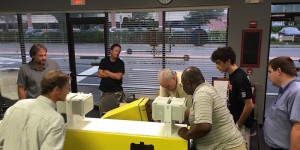 Nick has run a couple fluid simulations on the latest shape. It looks promising 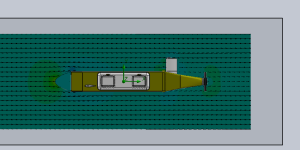 You can support our project by donating using the Paypal link below, or contact us if you wish to donate in-kind.